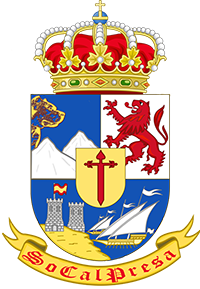 The Original Breed Standard for the Perro de Presa Canario

In the late 1970s, the author Manuel Curto Garcia of the Book “Perro de Presa Canario” set the first standard of the Perro de Presa Canario into words for an article published in Doggy People magazine. A breed standard is a description in words of what the ideal representative of a given breed should look like. This first standard was simple and was based on the descriptions of the Presa provided by old-timers who knew the dogs in the Canary Islands plus some specific dimensions- size and weight – based on the author’s first Presa (a dog named Boby ). Boby, bred by Don Aleman, of Arucas, was a typical dog for that period, of moderate height and weight, with a light-brindle coat and a superb temperament. The Spanish breed club, el Club Espanol de Presa Canario, was founded in 1982. In 1989, the Spanish Royal Canine Society accepted the standard for the Presa Canario. Solid-black dogs were not included in the first standard though they were included later that same year, when the first registration for the breed was held at the Canaries’ Fair Institution, in Las Palmas, Grand Canary, on April 28, 1989.

The standard was clearly indispensable. Without it, it was practically impossible to “picture” the new Presa, which had been bred since 1975. The standard was to become to guide for breeders. In most cases, a breed standard illustrates an imaginary dog, because the “perfect dog” that the standard describes does not exist in Nature. Mother Nature does not allow perfection in a living creature; thus, breeders attempt to produce a dog that is as close to perfection as possible. In the case of the new Presa, the standard indeed was used to recreate the breed, not just reproduce better typical specimens from existing typical specimens. That a breed standard is but a written document and, by its very nature, subject to interpretation by each person- breeder, judge, trainer, owner, who reads it, complicates the matter greatly. Thus, each breeder’s interpretation, good, bad or indifferent, is in his mind’s eye when he is selecting dogs for his own breeding program.

Worse yet, and this is a frequent and regrettable scenario, many Presa breeders today disregard the standard entirely when planning a breeding. The result is that the puppies produced,
and the whole of a breeder’s line, lack type and genetic consistency. Thus, today there are many different types of Presas around the world: some of which mirror the breed standard quite
accurately, and others that bear no resemblance whatsoever, in appearance or behavior, to the Presa described in the breed standard. Over the past quarter century, many breeders have
continued to breed their Presa Canario’s to other breeds that are imported into their countries. This only yields Presas that do not look like Presas and do not act like Presas, and thus are not Presas at all!

I I. ORIGINS AND DIFFUSION OF THE BREED
Molossoid dog, native to the islands of Tenerife and Gran Canaria, in the Canary Archipelago, where it was originally bred for fighting purposes. Basically the Presa dog is the result of
crossbreeding between the Bardino or Majorero from the island of Fuerteventura and molossoid dogs that were introduced to the islands from abroad. Its fiery temperament is inherited from the Bardino, a pre-hispanic, hard-working and aggressive cattle dog, widely distributed throughout the islands. The resulting crossbreed has a black mask and a brindled or fawn coat with white spots. A few decades ago, a group of breeders began the process of recovering the breed, drawing on tradition and their experience. Since then, the Presa Canario has been carefully bred and widely promoted.

IV. MORPHOLOGICAL DATA
1. Height at shoulder: Males: 61 to 66 ems. (24 to 26 ins.). Females: 57 to 62 ems. (22.5 to 24.5 inches.).
2. Head: Brachycephalic type. Cubic tendency. Large and solid . Skull to face ratio 6:4. Furrow not accentuated.
2.1. Skull. Convex in ante-posterior and transversal direction. Zygomatic arches very pronounced, with greatly developed jaw and cheek muscles. Marked depression between frontal
lobes.
2.2. Muzzle. Shorter than the length of the skull, normally about 40% of the total head. Very wide. Straight or slightly convergent wrinkle.
2.3. Lips or flews. Fairly thick and fleshy. Upper flews not too pendulous, but forming an inverted “V” when viewed from the front. Inner lips may be pinkish but preferably dark.
2.4. Jaws. Teeth with very strong wide base, generally fitting. Slight prognatism (slightly undershot) acceptable, given the dog’s origins. Bite typical of molossoid dogs. The absence of one or
two premolars is not a fault, since the dog’s function depends on its canines and incisors which should be well in line and well placed.
2.5. Palate. Well-marked pinkish grooves.
3· Eyes: Slightly oval. Well separated. Black eyelids. Color varies with coat from medium to very dark brown.
4· Ears: Hanging when complete. Medium sized, set high and wide apart. Generally rose. If, in accordance with tradition, they are cut, they stand erect or semi-erect and are triangular in shape. Full eared dogs compete on equal terms with others.
5· Neck: Round, straight, solid and highly muscled. Shortish between 18 and 20 ems. (7- 8 ins.). Loose skin below the throat forms a medium ridge.
6. Forequarters : Perfectly straight, well boned, set well apart, powerful musculature. Elbows turned neither in nor out. Compact cat-like feet. Strong nails, either black or light according to the coat.
7· Body: Longer than the height at the shoulder by about 20%. Wide chest, deep brisket level, elbows, with marked pectoral muscles. Thoracic perimeter at least 30% greater than shoulder height. Well-arched rib cage, almost cylindrical.
7.1. Dorso-lumbar line (from “~thers to loin). Straight, ascending slightly to the loins. Slight saddle effect just after the withers.
7.2. Loin. Straight, medium length and wide. Normally 1.5 ems. (.6 ins.) higher than the withers.
7·3· Flanks. Unpronounced.
8 . Tail: Set on high, flexible, strong at the root and tapering to the hocks. At rest there may be lateral deviation. In action, elevated saber-like with the tip pointing forward but not curled.
9· Hindquarters: Hindlegs powerful, straight when viewed from the side or front. Very muscular second thighs, unpronounced angles. Cat-like feet . No spur normally. Hocks low and neither sickle nor cow. The presence of a spur is a fault but does not merit disqualification.
10. Coat: 10.1. Hair. Short all over, generally denser at withers, throat and top of loins. No underhair. Compact tail hair. Rough-looking, coarse. Spanish Champion Urco, a veteran competing at the age of nine years old.
10.2. Color. All types of brindle, from very warm dark colors to gray or very light brown or blonde. Full range of fawn to sand-colored. Occasionally there are markings around the neck or
legs, where white marking is least desirable. In general, there are more or less long white markings on the chest. The mask is always dark and may extend around the eyes.
11. Weight : Average male: 45- 57 kgs. (100- 125 lbs.). Average female: 40- 50 kgs. (88-no lbs.).
12. Defects: 12.1. Slight defects.
• Excessive wrinkling of craneo-facial region.
• Presence of spur.
12.2. Serious defects.
• Poor nose pigmentation.
• Excessive prognatism.
• Specimens “~th slight hound-like appearance.
The gait, or movement, of the dog is assessed by the judge when the dog is competing.
• Poor mask
• Sickle legged or cow hocks.
• Unbalanced character.
• Frail or thinnish appearance.
• Craneo-facial disproportion.
• Curled tail, of equal thickness all the way, amputated or mutilated.
12.3. Total disqualification.
• Monorchid, cryptorchid or castrated specimens.
• More than 20% white markings.
• Totally unpigmented nose or mouth lining.